By Jason Pan / Staff reporterThe growing XPEC Entertainment Inc （樂陞科技） fraud case has taken more dramatic turns over the past few days, with an ongoing investigation pointing to Chinese gaming industry tycoon Wang Ji （王佶） as the mastermind behind the scheme, while stock price manipulation was reportedly carried out by Yang Jui-jen （楊瑞仁）, a convicted financial fraudster known as the “10 Billion Dollar Bandit.”Investigators on Tuesday searched seven locations and detained 10 people for questioning, including Yang and Hsieh Chi-yao （謝啟耀）, chairman of DY Game （動游公司）, one of XPEC’s major shareholders.Yang and Hsieh were yesterday released on bail of NT$3 million and NT$1.5 million （US$95,184 and US$47,592） respectively after overnight questioning.Tuesday’s raids in search of financial transaction records came amid a broadening of the probe’s scope, as investigators learned of the role played by Wang, CEO of China’s Zhejiang Century Huatong Group Co （世紀華通） and founder of Shanghai T2 Entertainment （上海天游軟件）.Prosecutors said evidence suggests Wang was the behind-the-scenes financial backer and ringleader of the scheme, adding that he instructed Yang and Hsieh, as well as XPEC chairman Aaron Hsu （許金龍）, to drive speculation to manipulate XPEC’s stock price.The stock’s price tanked, causing a collective loss of NT$4.86 billion for about 30,000 Taiwanese investors, who have formed a self-help association and petitioned legislators and government regulators to seek compensation.In May, Japanese firm Bai Chi Gan Tou Digital Entertainment Co （百尺竿頭） announced plans to acquire 38 million XPEC shares, or a 25.17 percent stake, at NT$128 per share, a premium of almost 22 percent over their price at the time.The acquisition, valued at NT$4.86 billion, prompted retail investors to buy XPEC shares, expecting to sell them to Bai Chi later.However, speculation emerged on Aug. 19 that Bai Chi would delay the acquisition, which drove the stock’s price down.Later that month, the Japanese firm requested an extension of the deadline to make the acquisition, only to later announce it would no longer pursue the deal, resulting in a default.The default sent XPEC’s share price tumbling to a low of NT$70.20 on the nation’s over-the-counter stock market on Aug. 31, with the failed acquisition wiping out an estimated NT$13 billion from the firm’s valuation.XPEC shares traded at a record low of NT$14.25 on Friday last week, rising slightly to NT$17.20 on Tuesday.Investigators said they have evidence that Wang plotted the announcement of Bai Chi’s acquisition to cause speculation and boost investor confidence in XPEC, with assistance from Hsu, Yang and Hsieh.News of involvement by Yang — a former Waterland Securities （國票） stockbroker found guilty of embezzling NT$11.6 billion in 1994 — shocked many observers, as on his release from prison in 2008 he said: “I have sacrificed 13 years of freedom because of my stupidity and I have learned my lesson.”On his release from jail, Yang promised to return NT$4 billion to his former employer within seven years, but he has yet to repay any money to Waterland and has been embroiled in other stock market manipulation schemes before the XPEC scandal.新聞來源：TAIPEI TIMES 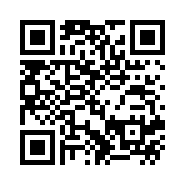